Providing Inspection Services Across The Globe Since 1991

Founded in 1991, R&R has been providing our unique services to the nuclear, petrochemical, industrial, and municipal sectors. We have strived to be your single source subsurface inspection contractor utilizing the latest in technology coupled with a full staff of trained professionals. Taking on the tough and near impossible projects is our specialty.Located in the heartland, north central Indiana, our technicians can be at your site in as little as 24 to 48 hours during emergency situations. R&R Visual can even utilizing local charter aircraft for emergency situations. Our mobile studios are continuously traveling from coast to coast, so there is good chance we may be in your area when your needs develop. For our international services, systems can quickly be dispatched to nearly any location within just a few days.

Safety is R&R Visual’s number one concern. Equipped with an array of certified, explosion proof equipment, our technicians will not take any chances in potentially volatile atmospheres. This equipment even requires that our technicians be certified to operate the systems. This is just one of R&R Visual’s unique traits in the inspection industry. 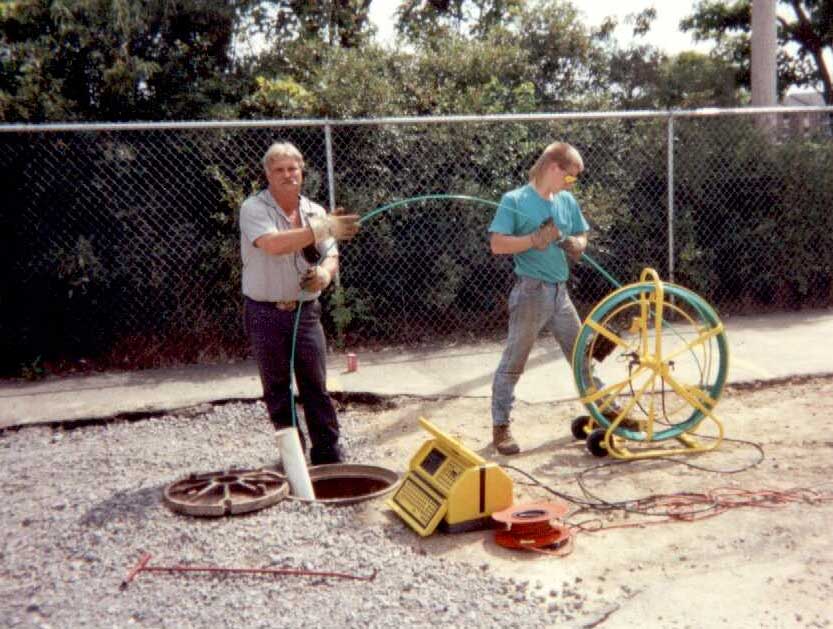 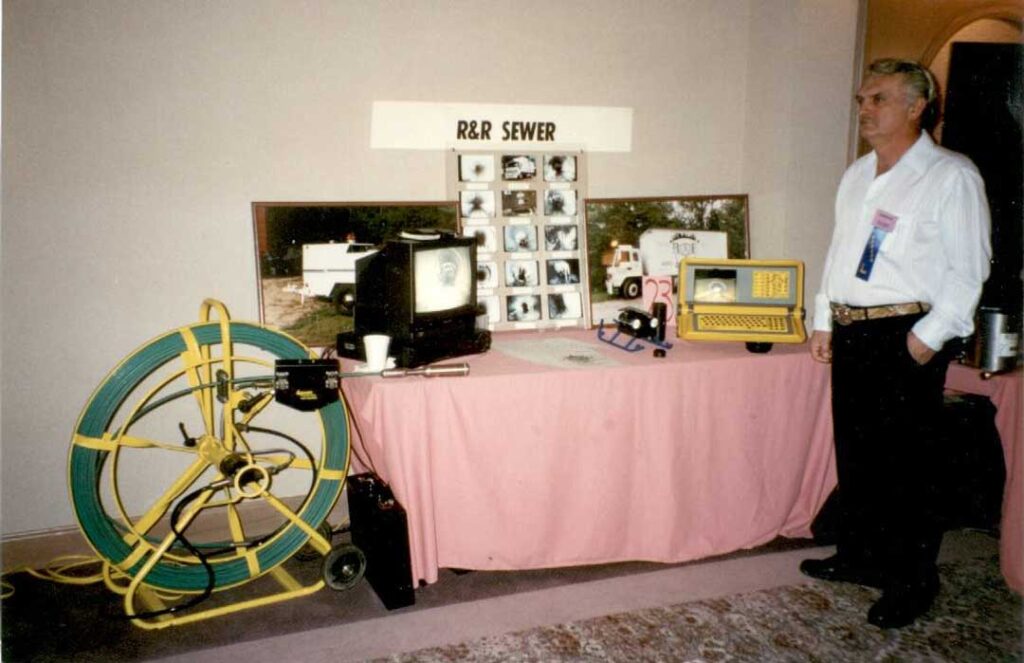 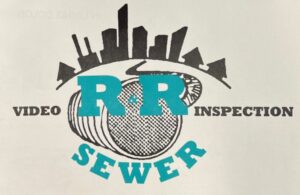 During his senior year of high school, Rex Robison was looking at a career in mechanical engineering. Circumstances led him take a year off of school and start a business. He decided to graduate mid-term from high school and started R&R Sewer in January 1991. His father, Dick Robison, owned and operated a thriving septic tank cleaning business that Rex worked since age 10. His father's guidance and knowledge of the industry inspired Rex to stay in the industry and taught him the necessary skills needed to run a business. 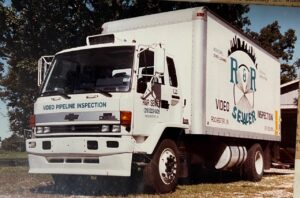 R&R Sewer introduced their first dedicated pipeline inspection vehicle with a completely customized studio and separate work area. The power lift gate allowed us to carry along a golf cart to assist in remote locations. While this was the first van, there would be many to come as R&R expanded it fleet of inspection vehicles to fulfill our customer's needs.

Shortly after business started, it became apparent that the original name was too limiting. R&R found that it was providing services to more and more industrial, petrochemical, and nuclear clients, so the name was changed. Looking back, the name is still limiting due to all the other type of services that we offer. 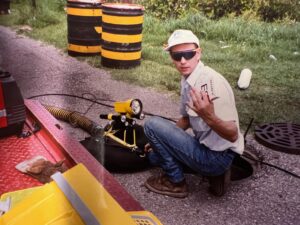 The Start Of The RapidView Timeline

In 1993, while only using black and white push propelled cameras, R&R was tasked with inspecting a 78" interceptor running beneath a creek bed. This would lead to R&R's first manufactured product and the first time RapidView was used in the market. "Rapid" for rushing waters, and "View" for the camera. The RapidView FTV (floatable televising vessel) would become the go-to product for large diameter inspections, selling 100's across North America. 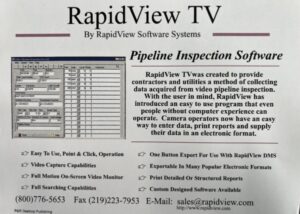 R&R was always looking for ways to streamline processes and advancing the industry. During larger inspection projects if became apparent that the VHS video tapes and hand typed reports were the bottle-neck in getting data to our customers quickly. Rex took it upon himself to learn computer program and developed one of the first pipeline inspection data logging software application on the market. The software debuted at the 1996 Pumper Cleaner Expo in Nashville, TN. 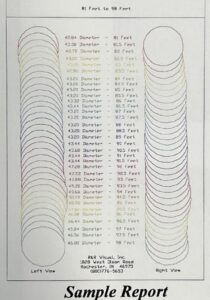 After being challenged by the Army Corps of Engineers, R&R developed a fast, accurate, and cost effect method of inspecting and geometrically modeling pipelines and ducts. A couple years later the technology and the enhanced software, written by R&R, would propel R&R to the next level by revolutionizing drilled shaft testing.

Enjoying a challenge, R&R was approached to develop a robot to inspect and manipulate inside of an 8" square shaft leaving the Queen's chamber in the Great Pyramid in Egypt. The robot was tasked with climbing a 45 degree angle and penetrate a small  door to see what may be on the other side. While the project would never come to fruition, we met some amazing people and learned many new skills along the way.

R&R Visual, in search of quality robotics and new technology, forms a partnership with IBAK Helmut Hunger of Kiel, Germany. IBAK was the inventors of video pipe inspection cameras  in 1957 and the technology leaders every since. The newly formed company, RapidView, LLC would go on to become it's own company with separate ownership in 2007, allowing R&R Visual to focus on what it does best - provide quality, unique inspection services around the globe. 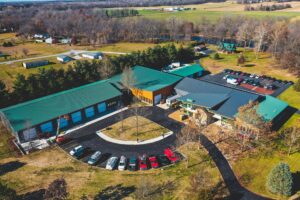 With the continued growth, it became necessary to expand the R&R Visual corporate offices. In 2020 R&R began the expansion to expand employee training area, employee lounge, repair facility, marketing space, and administrative offices. The new expansion grew the campus to over 75,000 square feet, based on 22 acres along the beautiful Tippecanoe River just outside of Rochester, Indiana.

After more than 29 years of use, the R&R Visual atom logo was retired and a new modern look was adopted. The new logo incorporates the classic "eye design"  to carry on the heritage of R&R, in conjunction with symbolic reference to pipelines, cameras and subsurface.

R&R Visual continues to be a front runner in the industry while maintaining our core values. Setting expectations and following through.